Baby showers are predominantly an American tradition where family and friends get together to play games and to spoil the mum-to-be.  Lots of gifts are given and this helps the parents with the initial cost of buying all the items for their baby. The trend has now come over seas to the UK and seems to have increased over the last few years. After doing lots of research online, the recommended time to have a baby shower is around the seventh or eighth month of pregnancy. A typical baby shower consists of gifts, games and food, either a buffet or a sit down meal.  A baby shower would also typically include baby orientated decorations with banners and table pieces. Many people like to put a personal stamp on their baby shower by having a theme. When looking at different games that people usually play there are many different types, such as guessing the name or weight of the baby, eating baby food, eating chocolate out of nappies, word searches and bingo. 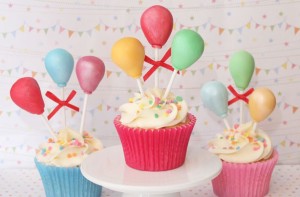 I initially was very strongly against having a baby shower and refused to have any type of celebration. I felt embarrassed about celebrating something that hadn’t happened as yet and where (god forbid) something may go wrong with the birth of the baby. I also didn’t want people to buy presents for the baby or myself, especially as we do not know what sex “little alien” is and I just didn’t want the big fuss. Also, because it is originally from America and not traditional in this country I didn’t feel I should have one as it’s not British custom! Finally I really didn’t want people to think I am only having one because I want presents. 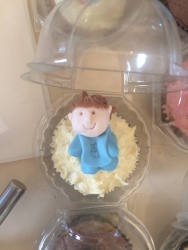 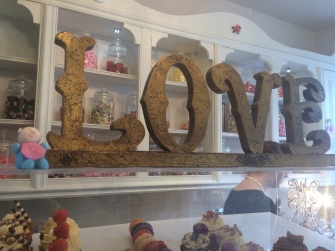 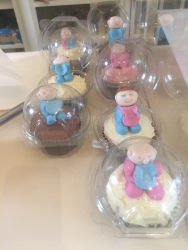 However, in August I went to a friend’s baby shower that was held in a local village hall, her mother  had organised a get together with a buffet and some non-cringe party games for everyone to get involved with. To be fair I have never attended a baby shower before and didn’t know what to expect.  The afternoon was lovely and I didn’t feel like I was specifically at a baby shower, it just felt like a group of friends getting together and having a chat, whilst playing games. So my mind was changed about having a get together for my close friends and family. 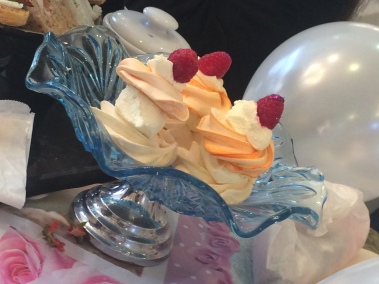 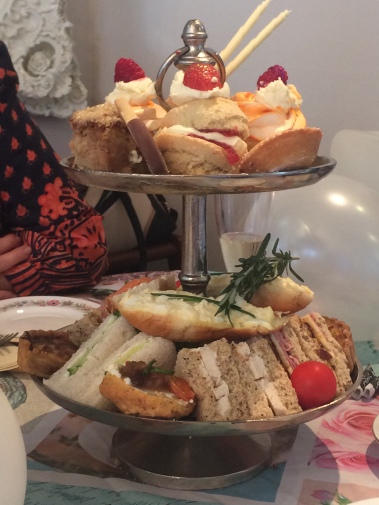 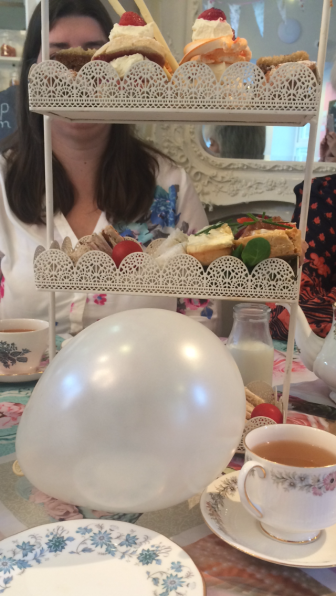 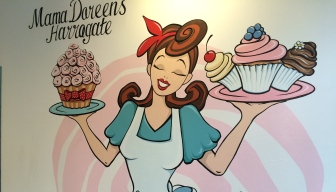 Gavin’s sister kindly volunteered to organise the event for me. She chose to go to a local tea room called Mama Doreen’s who hold specific baby shower parties. When we arrived we received a big welcome and started to decorate cupcakes. They had decorated the table in a tasteful way and after decorating the cupcakes we then played some party games. Finally, we enjoyed a luxurious afternoon tea which included sandwiches, scones with jam and cream and we finished with lots of sweet treats and cakes. Every guest was able to fill their own goodies bags with retro candy as a little reminder of the day. 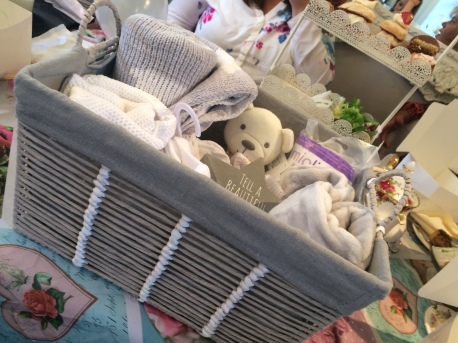 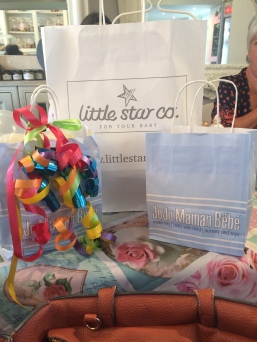 As there was a group of us we had the room to ourselves and there was plenty of space for us all. The staff could not have done anything more to go out of their way to make it a special occasion. I can highly recommend that all mums-to-be should experience a baby shower. Finally, I would like to thank Mama Doreen’s for hosting my baby shower, we will definitely be visiting again soon!