Even before Tobias was born I had looked into classes that I would be interested in when he was here.  My thoughts were that I wanted to get out of the house as much as possible and I wanted to make some mumma friends as well.  Tobias loves all the classes we go to and I really feel that he is doing well because of them.  He is reaching all of his milestones and I believe this is because of his interaction with the outside world.

I started with a baby massage group, where many of the friends I made when I was pregnant went to aswell. The group consisted of 7 mummas and their babies.  It was a five week course where we focused on massaging a different part of their bodies each week. Before we went on the course Tobias had colic and most nights were hard work for both Gavin and I.  But as soon as we started going to massage the colic stopped. This might have been due to him out growing the colic but I think the baby massage helped.  We now include the massage techniques as part of his bedtime routine.

The next class that we joined was swimming.  It had been recommended to me to get Tobias used to swimming as soon as possible so he could gain confidence in the water. The first time we went he really didn’t know what was going on but has since got used to the structure of the class.  He now (kind of) is getting used to being dunked underwater. The classes are small groups of 4 babies, and as the class is on a Sunday, there are more daddies in the water.  Gavin hates swimming and doesn’t want to go in the water so I’m the only momma!

When Tobias was 9 weeks old we went to our first sensory class. To be honest the first time we went I thought it was similar to watching the Teletubbies on TV.  Everything is over exaggerated and emphasised, however watching Tobias’ face light up at all the colours and the light show, made me go again.  Now I enjoy it just as much as him. Every week has a different theme and usually there is head gear for the babies to wear.  So plenty of opportunity to take pictures to show him when he’s 18! 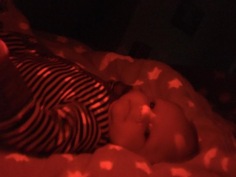 This week I joined a group called amazing babies. This is a 12 week, free programme and each week talks about a different subject. They cover weaning, communication, development, hitting milestones and many other parts of looking after a baby. The talk went on for an hour and you were able to play with your babies or feed whilst listening and discussing your own experiences.

I have also looked into rhythm and music groups to go to in the future. However I haven’t got much time to go to another class at the moment.  I also feel that music and singing is kind of included in the sensory classes we currently go to. We shall see! 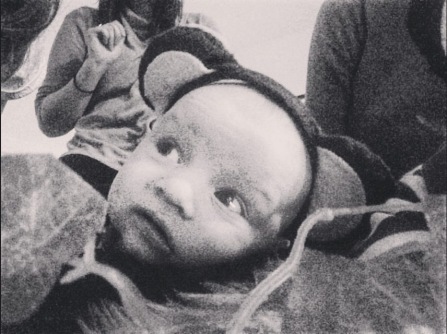 There is also the mummy fit sessions that are held in local parks, where mummas exercise whilst with their babies. This can be with your buggy out and about or in a class where your baby lies and watches you, whilst you complete exercise moves. I must say this really interests me, however I do feel that I dont need to pay to go for a walk.  Because of this myself and some friends have got together and meet on a weekly basis, to go out and about with our little ones.

I hope this will be of help for parents, my only advice is to get out and about and interact with other parents as much as possible.  Not only does it help your babies development and communication skills but it also gets you out of the house.  So you don’t go stir crazy and interacting with others means that you can share your highs and lows.  It’s a very nice feeling to know that everyone is going through the same things as you!