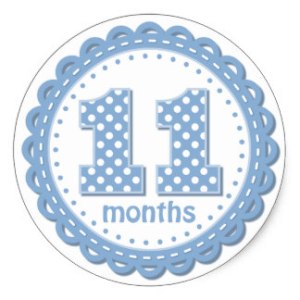 He’s walking! It brings a different kind of hazard to everyday life once they start walking. He doesn’t want to do anything but walk everywhere and this can be difficult when we’re out and about, it’s also time consuming so life has had to slow down even more so. He doesn’t cry anymore when he takes a tumble or bumps his head, he’s becoming my strong little warrior or maybe just taking after his father and being a brute!

He’s hit the biggest milestone going with his walking. We still don’t seem to have any understandable words but his actions are coming on. He now claps his hands, waves hello, kisses, high fives and even makes “brum” noises when playing with his tractors. He has said “hiya” and “moo” for cow (we think), but no mama or dada yet! He feeds himself with a spoon now and is developing his pincer grip by eating raisins and sultanas. He imitates others’ activities such as feeding others or putting objects into a container. He can also understand simple instructions, such as “come here”.

Week forty four – was the annual Nidderdale show, it’s our local show and therefore Gavin really wanted to show his cows and it was definitely worth it as he was awarded the dairy interbreed supreme champion. This also meant he won and was given his great grand father’s cup, which meant a lot to the whole family.

Week forty five – we went to the next age groups council run baby group called little explorers. There were lots of babies we hadn’t met before and it was nice to meet all the new faces, the subject was on communication and there were lots of different stations set up with different themes for the babies to explore. Unfortunately the weather was horrendous and Tobias and I got soaked through. 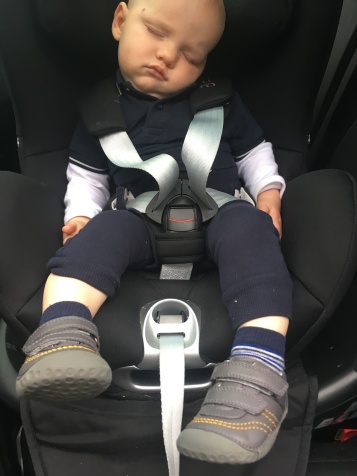 Week forty six – we went to visit the health visitor for Tobias’ one year review, however he’s only ten months which put me on the wrong foot to start with. Surprisingly he’s doing well and over achieving in all his milestones. I explained I was worried about him not speaking yet and she said that she would call me when he is one and hopefully he will be saying a few words. She then went on to explain about the local speech groups that I could visit! But I currently aren’t too fussed as there’s plenty of sounds coming out, just not words.

Week forty seven – I’m sick of buying meat and fruit & vegetables from the super market and the meat shrinking to nothing and the fruit going off within a couple of days so I’ve taken to going to the local town and getting my meat from the local butchers and my fruit and veg from the relevant shop. I spend the same amount and seem to be getting a lot more for my money! It was also the wedding of the year, where I was bridesmaid for one of my friends and what a fab day it was too, we got fully spoilt and the bride looked lush, it was a great day had by all!

Week forty eight – I was away in Preston for four days learning about life saving, so Tobias spent a lot of time with his father and nana, I’ve also started meeting with the vicar once a week as I am getting confirmed in November. Finally Gavin’s shoot has started this week which means lots of work with the pheasants s and making sure they are the best they can be and well looked after.

I’m starting to get busier now and we have finally found a nursery for him to go to, thankfully. He starts in January and I’m already looking forward to being able to clean my house in peace! I hope it will also encourage him to keep developing those social skills as at the moment he just likes to pull girl’s hair, the little tinker! 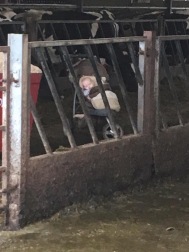 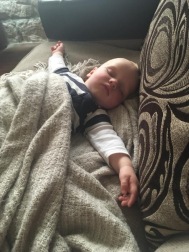