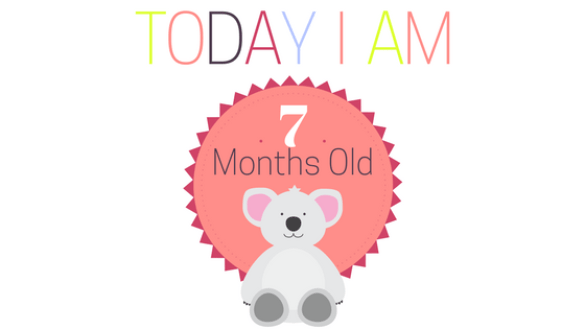 This month has been a quiet month, Hamish is in a definite good mood currently and that makes everything seem just that little bit easier.

With regards to milestones he’s turning into a big talker, babbling away to himself quite happily and contentedly.  He’s becoming more interested in the little details like how a wheel on his toy car goes round and how sellotape sticks to everything.  How zippers go up and down and how pressing buttons on the remote control changes the programmes! 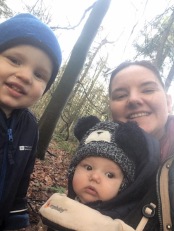 Week twenty six – we didn’t do anything for New Year’s Eve,we had been for a walk through the day but having children means priorities change.  On New Year’s Day we went for lunch at my mothers house where the boys were given even more presents! This week we also took the Christmas decorations down.  Finally Hamish and I started baby yoga classes in Harrogate.

Week twenty seven – I went to get Hamish weighed this week.  He has dropped in weight –  it enough fr me to be worried -but I got THE TALK!  Which does wind me up, also to add to this no one follows up a few weeks later to see if he’s ok!

Week twenty eight – this was the week of Hamish’s christening, it was a fab day and I hope everyone enjoyed the day as much as we did!

Week twenty nine – we ended up in hospital with Hamish and his barking cough,  he developed other symptoms that had the 111 service worried and were sent in for further checks.  You’ll be glad to hear, two weeks later he is back to normal after being given antibiotics.

Week thirty – was a week of norm!  It doesn’t happen often, but nothing much happened.  Bring on more weeks like this, I say!

It’s really true that all babies are different and although Ive encouraged both boys, they have both done different things at different times.  Growing at their own pace and in their own time. 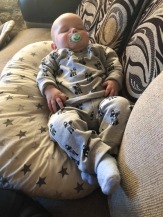