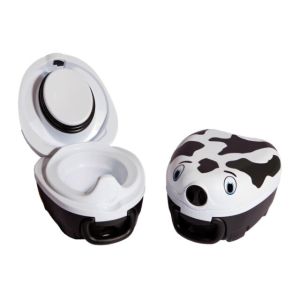 I’m not going to lie, I’m really out of my comfort zone with this subject!  I find I’m gagging at everything! Emptying poos from the potty is vile and I don’t think I will ever get used to it!  The sooner he can hold on and wait to get on the toilet, the better!  However, all this being said Tobias has taken the lead and is making it a positive experience (as much as he can) thankfully!

It’s taken four days in total for him to get the idea of it, don’t get me wrong he still has accidents and we haven’t tackled night times yet!  For a while now we have had a potty in the house but Tobias has never shown any signs of interest in it, up to the point that he would get quite upset about sitting on it.  I had also purchased everything ahead of time ready to go with his flow when the time came.  I bought 41 pairs of underwear (all different types for him to try), a toilet step seat, lots of books about the subject, a potty and lots of tractor/ paw patrol stickers!

Then one day out of the blue he asked for knickers instead of his nappy, i went with it and he had several accidents throughout the morning so we gave up and reverted back to a nappy.  The next day was the same, so I suggested no nappy or knickers and he was perfect .  No accidents and even a poo on the toilet (miraculous)!  This continued for a few days but every time I put knickers on, he must have thought he was safe and had frequent accidents in them. 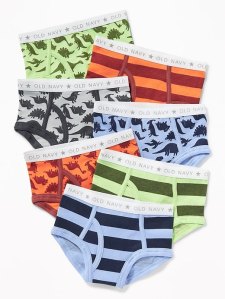 I met with my health visitor and (to my surprise) she gave me the best advice she could, at the time I thought she was being stupid but it’s proved to work!  She said he sounded definitely ready and we needed to ditch the nappies completely throughout the day, oh and she also said he was being too lazy so I needed to make him take off his clothes once he did an accident instead of doing it for him.

Day one was quite a challenge, he held on for three hours, then whilst he was having a meltdown had an accident, I made him take his clothes off, wipe himself and put fresh clothes on all by himself (it took forever and with Hamish in tow it was hard work).  But it worked!!!

Day two and day three were much easier he asked to use the potty every time and I helped him, followed by lots of applause and stickers in his book.  I did have to keep prompting him, but it’s like he just got it from there on!

Day four was a nursery day and the story I got made me laugh so much!  They had taken Tobias for a walk around Ripley castle, they’d put a nappy on him as they couldn’t take a potty with them and whilst they were out he had had a poo in the woods – literally pulled down all his bottom half and decided he needed to go there and then.  Afterwards, they had then gone back to nursery and enjoyed a teddy bears picnic outside in the glorious weather.  I felt like asking ‘do bears shit in the woods’ in my head I’d replied ‘who knows, but Tobias does’!  But I didn’t say anything just laughed.  Serves them right really, but it did suggest to me that Tobias didn’t like telling other people when he needed to go. 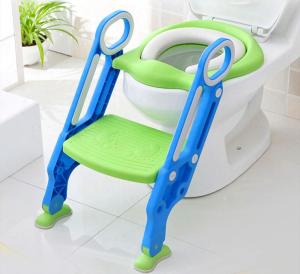 Day five (today) we are at my mums so I’ve tried to let her take the lead to encourage him to ask someone other than me (hopefully it works).  He’s mastered pulling and putting his clothes back on today too.

The poos were a bit of a challenge for Tobias, he gets very emotional and it’s several trips to the potty before he does actually go.  But the cleaning up, I gag and I’m sick every time with a poo, it’s really bad!  When he has a poo, he gets sweets as a reward as I can see it’s a big deal for him – it’s a big deal for me too to be honest!

The thoughts and fears of going out and about and making sure I had everything with me; the potty, hundreds of spare clothes, wipes, plastic bags etc. Not only did I have to remember everything for a toddler, but I had all the baby stuff too. I am not going to lie my stress levels were sky high!  But he did it, with little problems and proving himself to be a big boy now, my heart couldn’t be any more bigger!

Wish me luck for the next couple of weeks on this journey where we can look to get rid of the potty and just use the toilet! Oh and tackling the nighttime’s too! 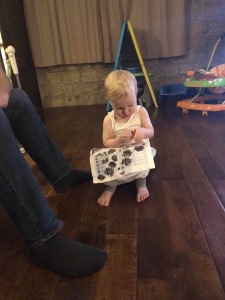